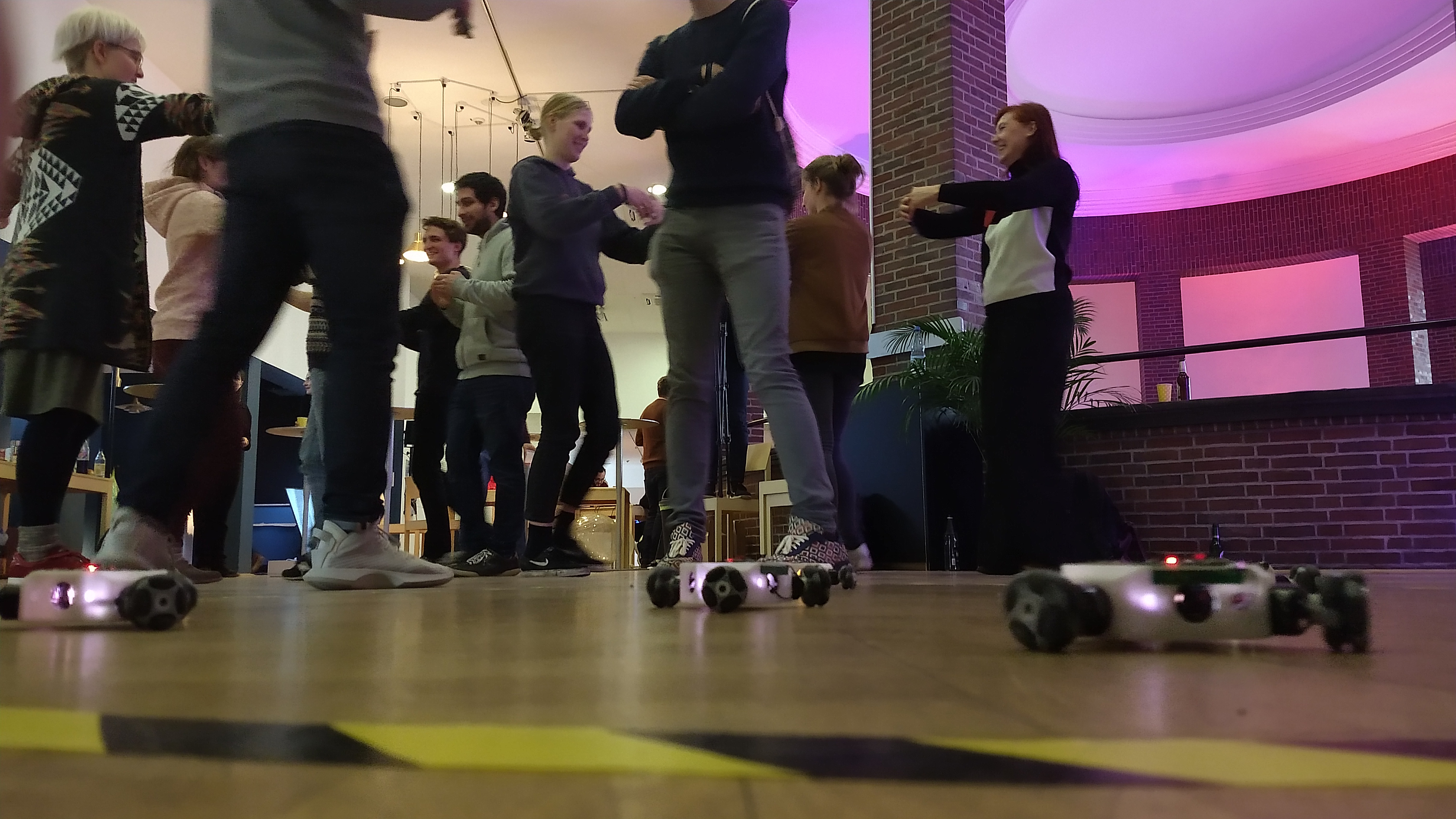 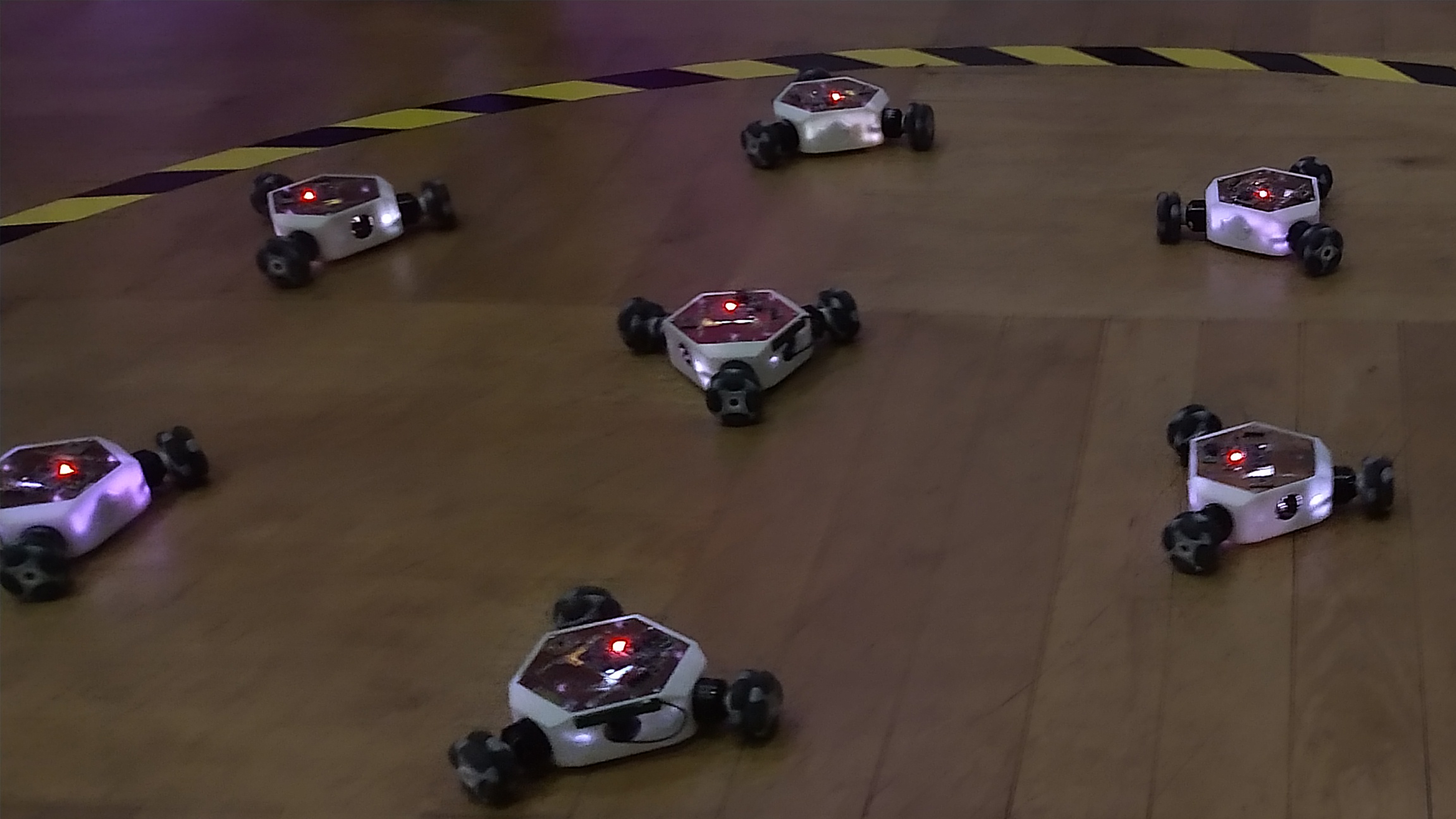 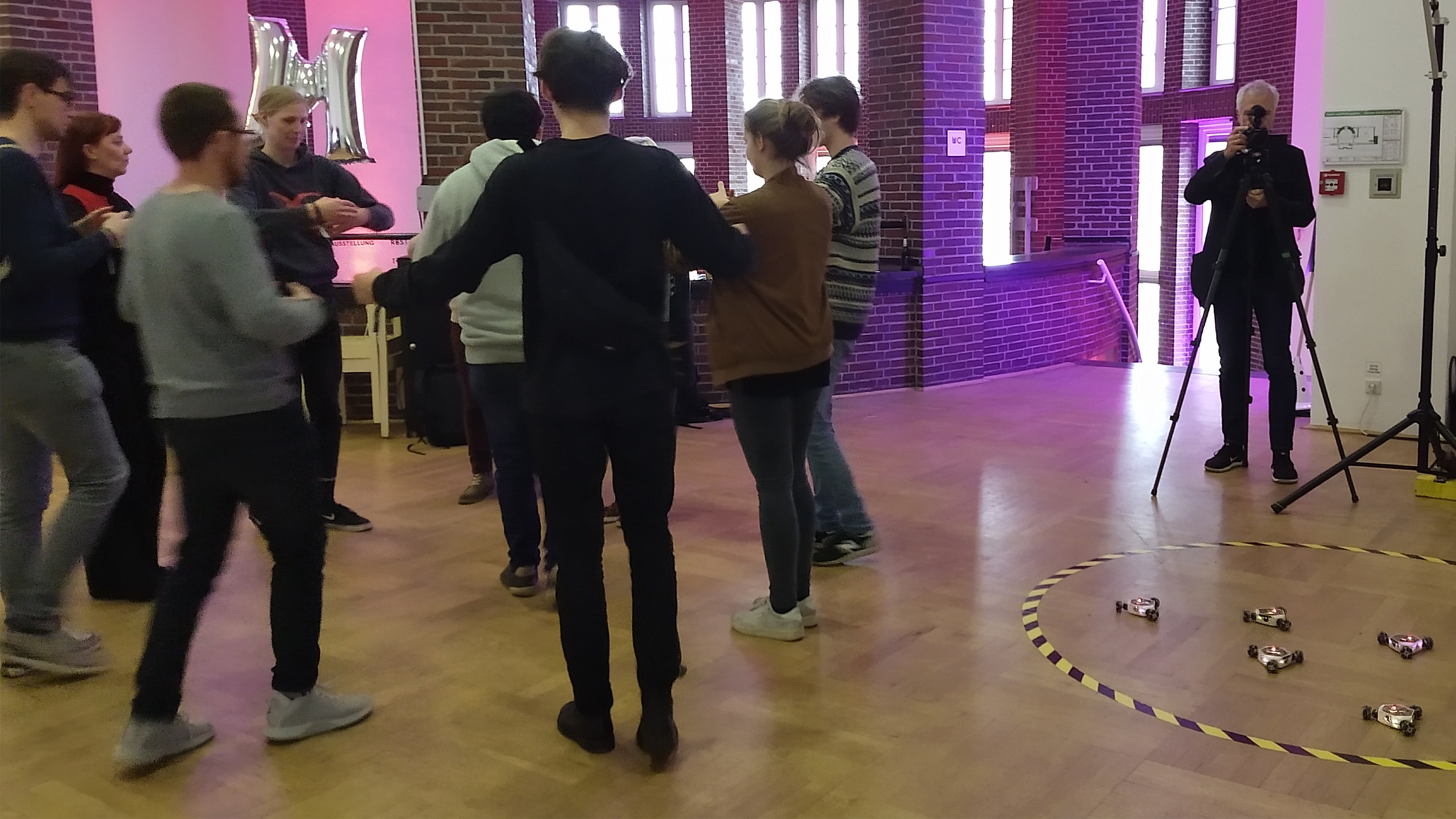 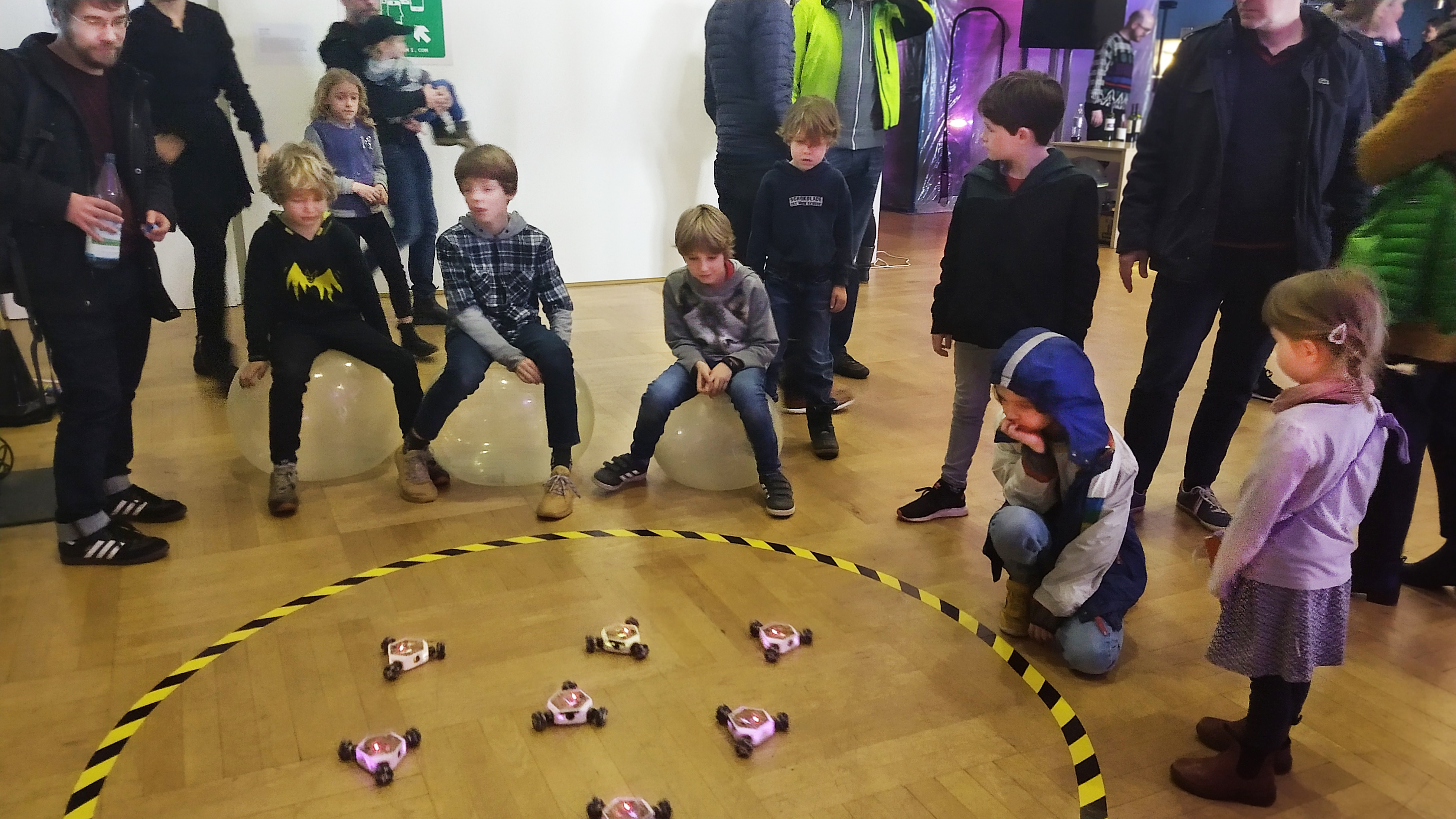 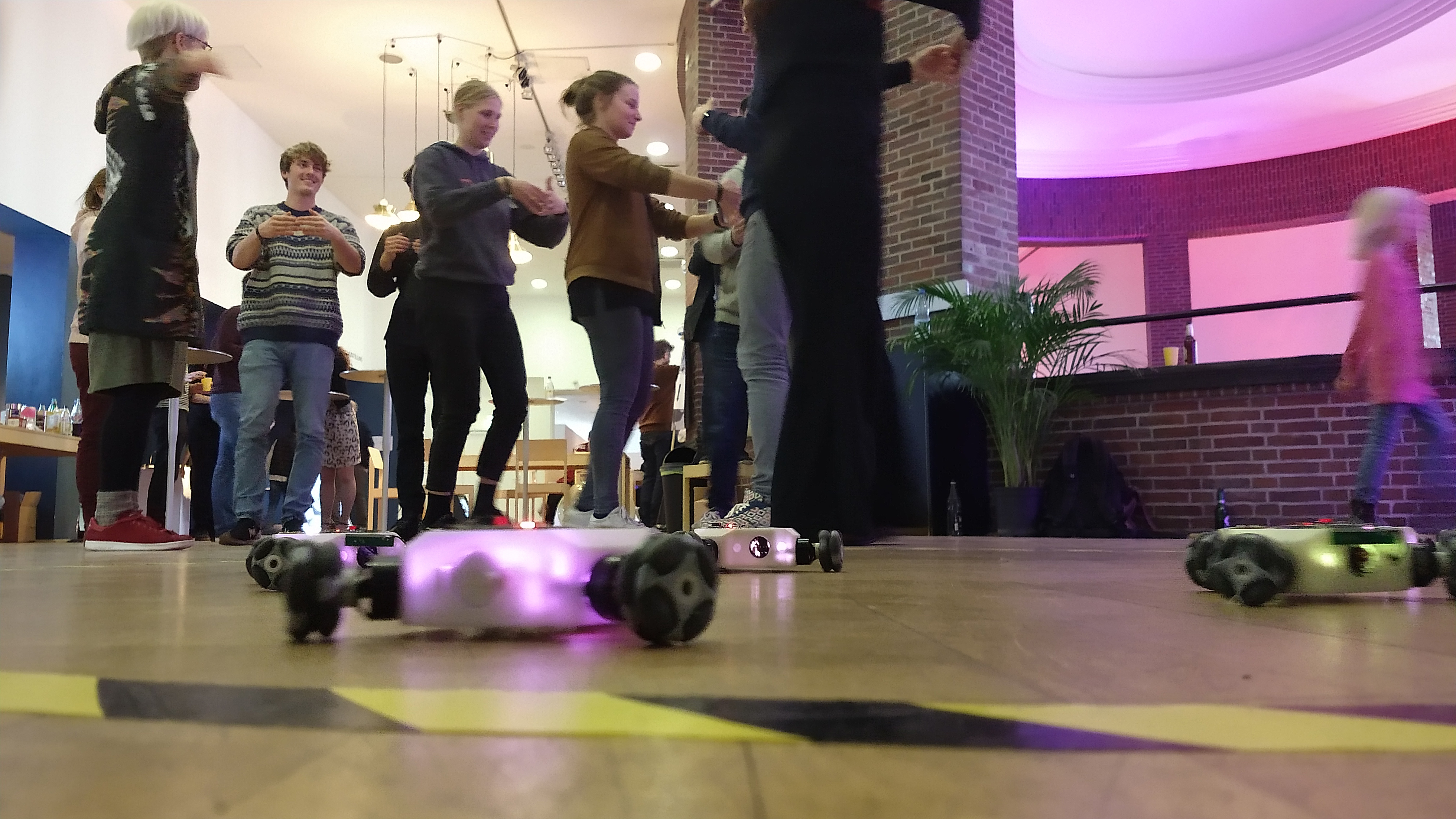 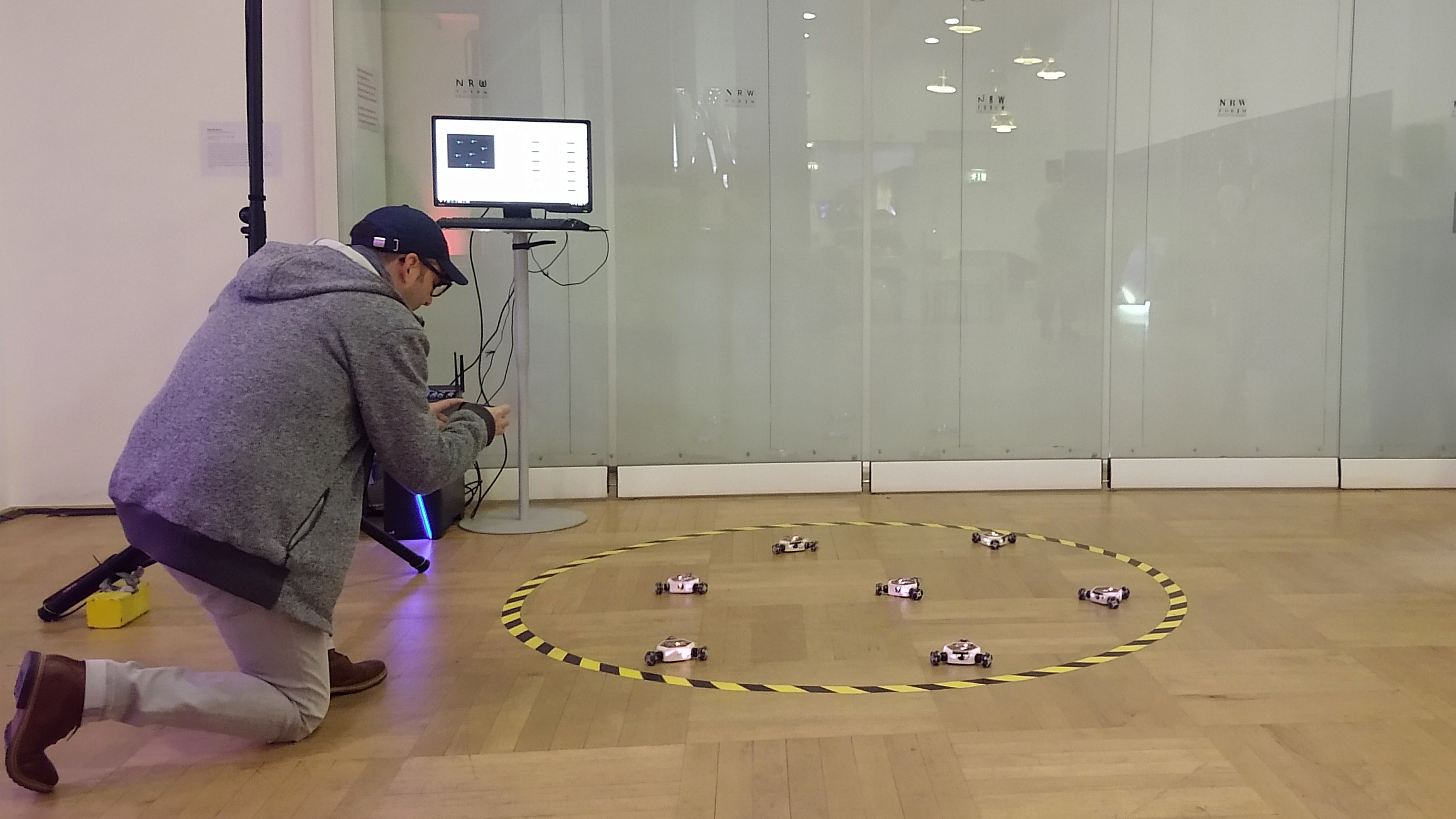 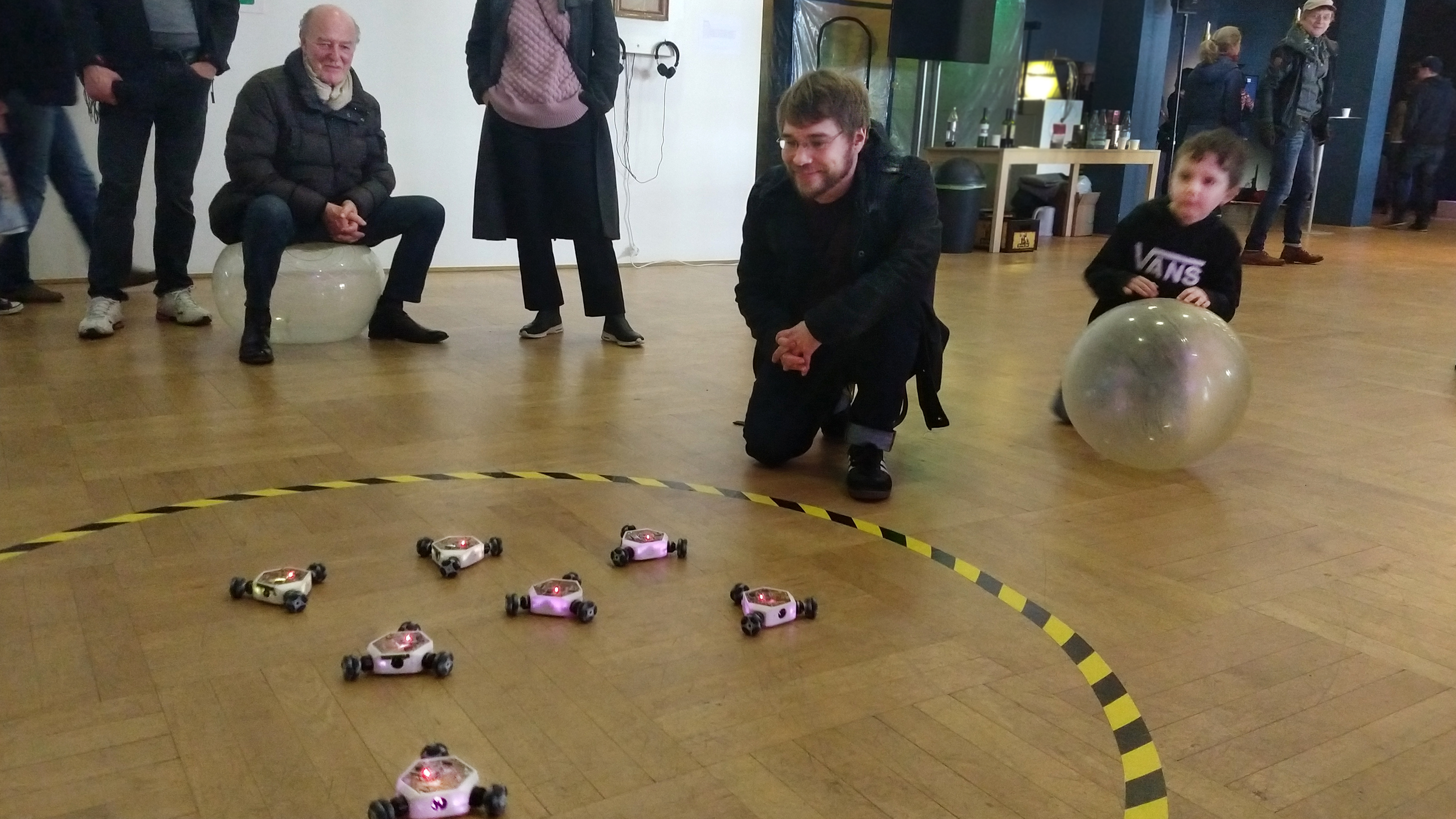 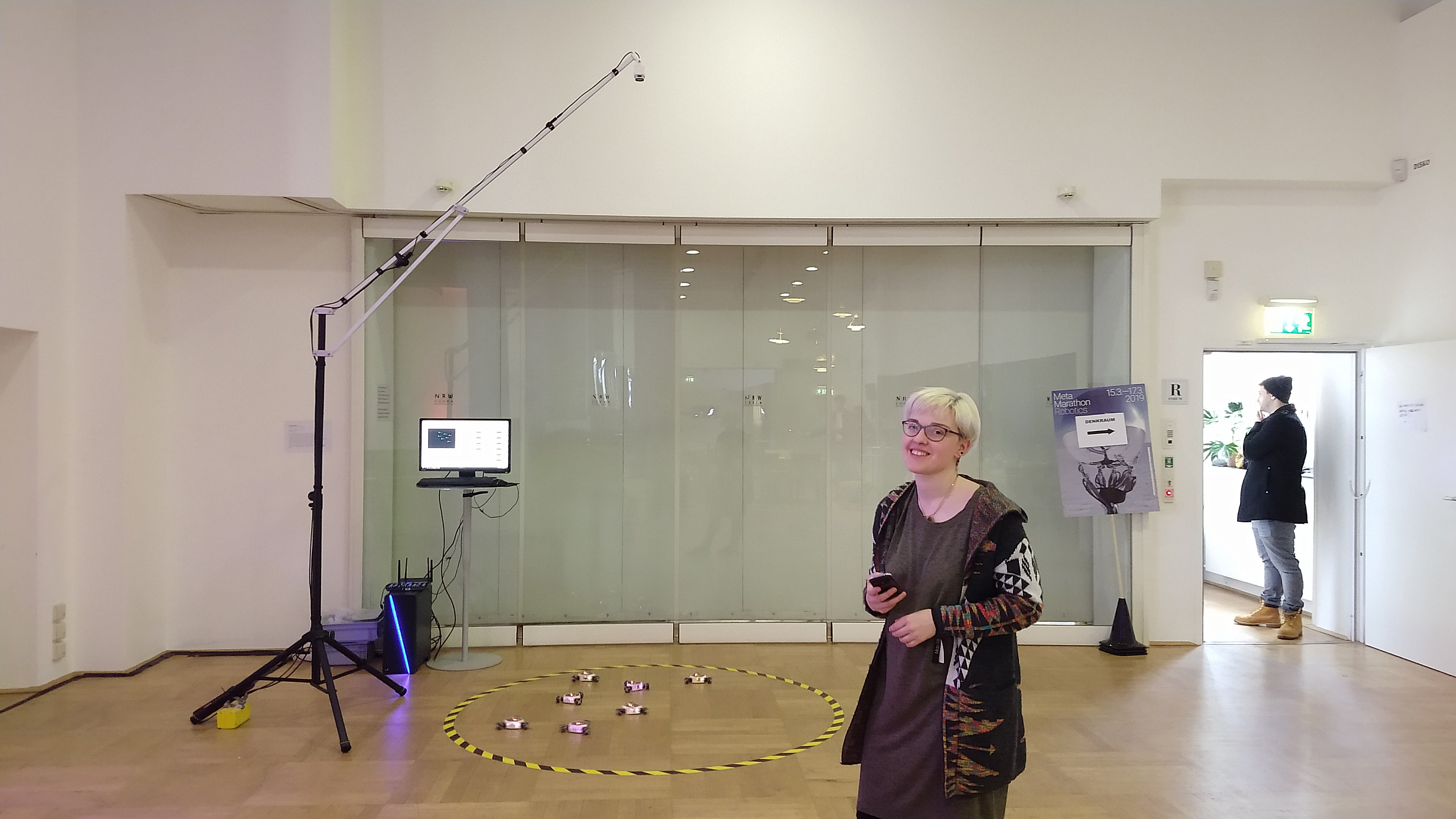 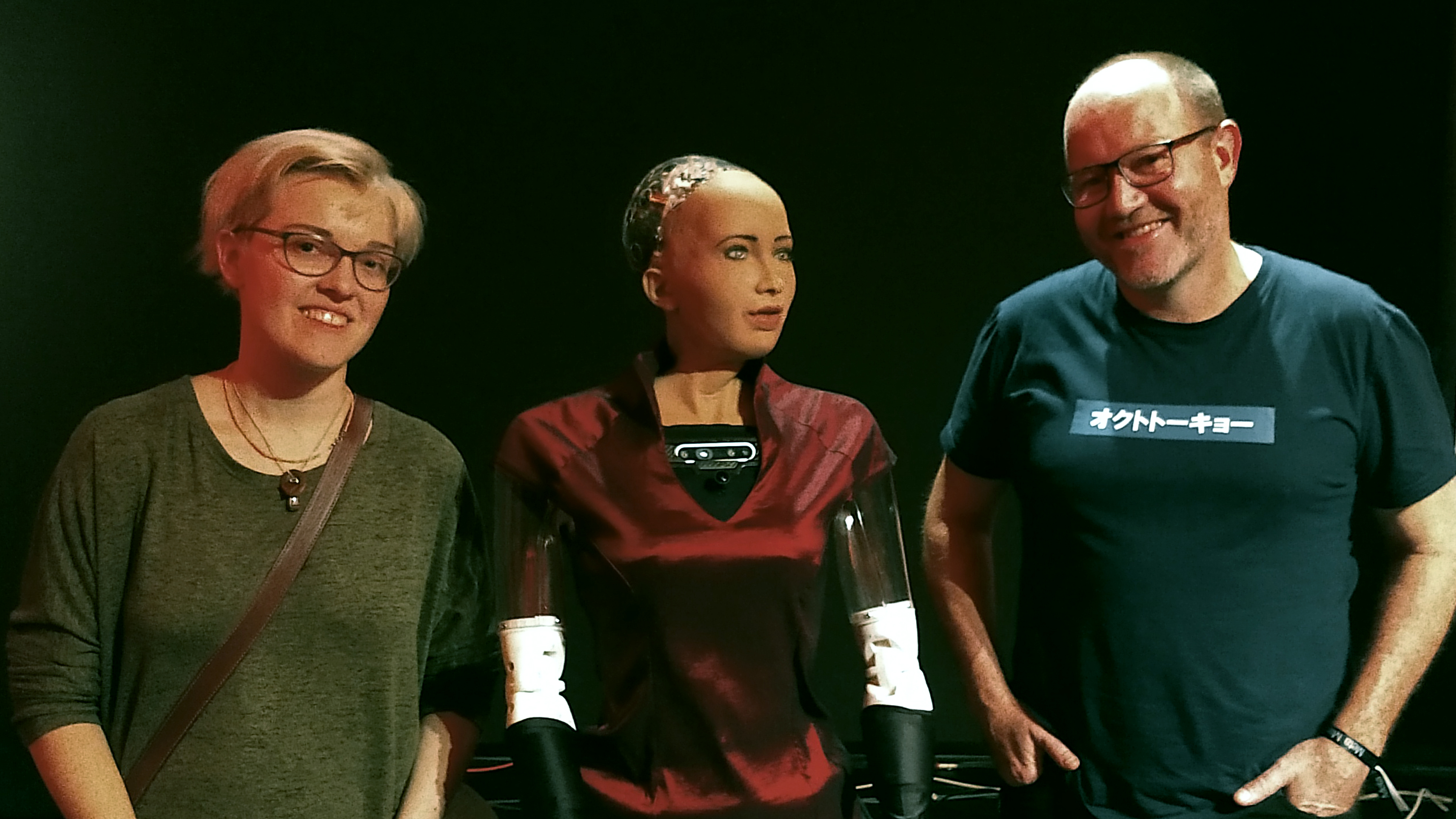 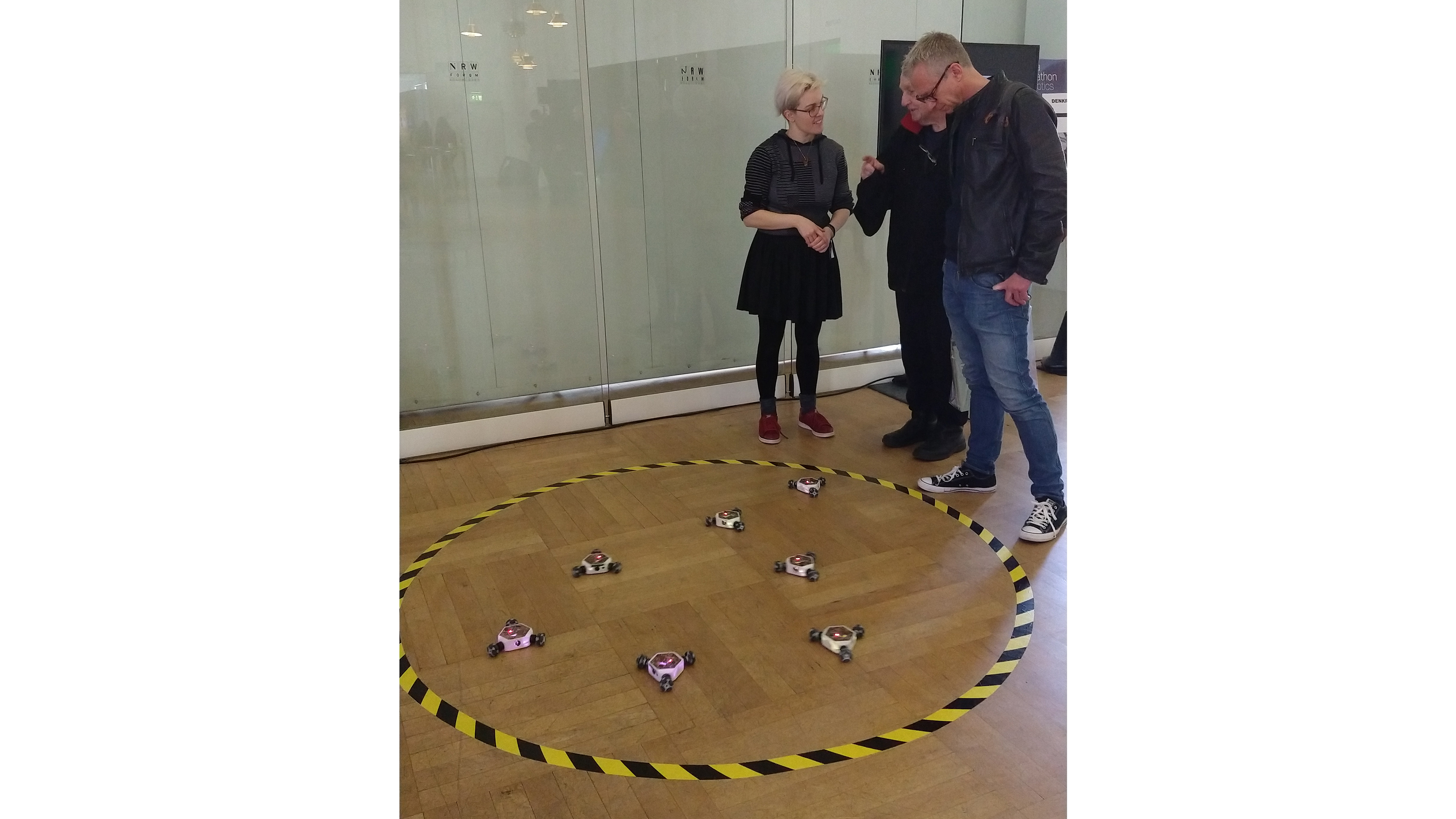 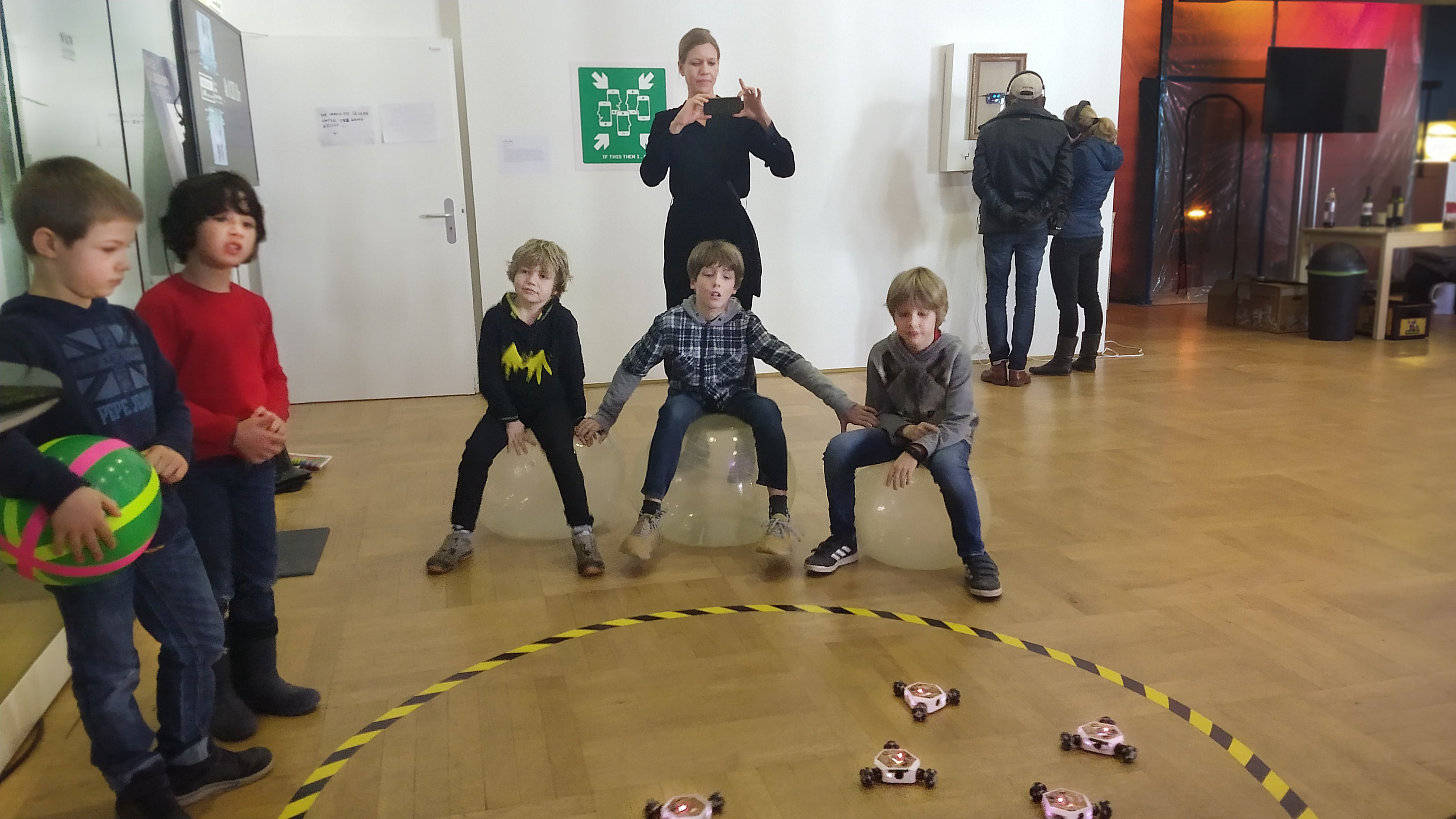 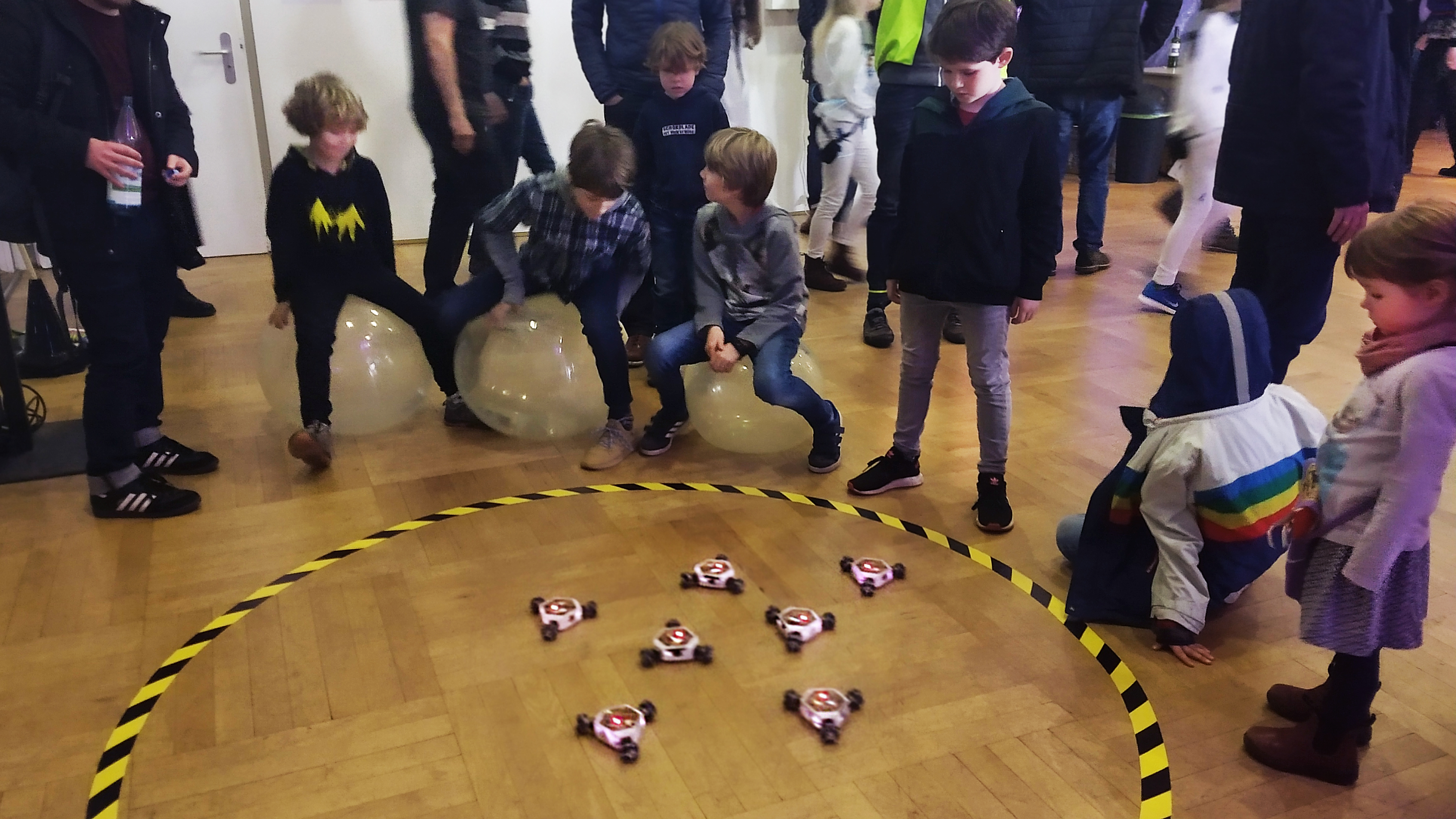 Our Empathy Robots and us had a fantastic time at Meta Marathon 2019 – Robotics at NRW-Forum in Düsseldorf last weekend!

Visitors could get into the role of swarm robots to experience being part of an emergent system. In this playful workshop they could learn the rules and parameters that are the foundations of emotional swarm behavior. From this understanding they afterwards could generate and design their own behaviors for the robots in real-time with a custom-made ‘swarm behavior synthesizer’. Thinking about 7 different emotions – happy – sad – neutral – angry – surprised – afraid – disgusted – the behaviors they generated will become part of the data set for the robots emotional responses.

We had a lot of interest, great discussions and nice feedback with and from visitors while exhibiting the Swarm at the IMPAKT zone of the festival.

During all the 42-hours and during our presentation and talk on Sunday with Klaas Werner from medienwerk.nrw and So Kanno we represented the facet of non-humanoid robots of the festivals theme of non-stop living, working, coexisting and cooperating with robots and introduced the idea of movement as means of a mutual language of man and machine based on Fritz Heider and Marianne Simmel’s 1944 Experimental Study of Apparent Behavior.

We want to thank medienwerk.nrw and Klaas Werner for inviting us to talk about the project, its backgrounds, the future of robotic empathy and the role that swarm intelligence plays.

Also thanks to IMPAKT who hosted Empathy Swarm in the IMPAKT Zone at the festival.